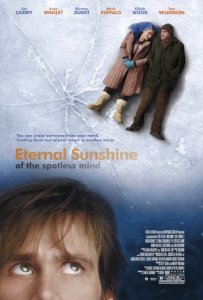 Synopsis: When their relationship turns sour, a couple undergoes a procedure to have each other erased from their memories. But it is only through the process of loss that they discover what they had to begin with.

Quotables: CLEMENTINE: Meet me… in Montauk…

And now a Word from the Guise:
This film is such a beautiful and heartbreaking story. I have seen it countless times and every time, I sob like a baby. The final memory, where Joel and Clementine first meet, destroys me: about halfway through Joel realises that he’s made a terrible mistake and tries desperately to hold onto his memories of Clementine. But no matter how hard he tries, the eraser technicians find them and erase them. In this final memory, Joel accepts that he can’t stop them, he accepts that he made an impulsive decision and now he must face the consequences, and he grieves for it. He wishes that he had done all these things with Clementine, that he hadn’t been so circumspect, that he hadn’t been so easily embarrassed by her, that he had opened up to her and trusted her. It’s a story that perfectly articulates the significance of communication within relationships and why it’s so important to hold onto our memories: to cherish the good ones and learn from the bad.